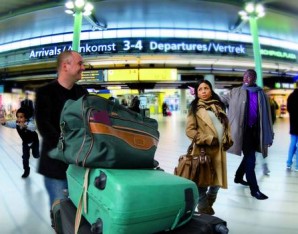 The international community is an integral part of the city of Rijswijk. Most of the internationals living in Rijswijk—everyone over 18 who is either an EU-citizen or has lived in the Netherlands for five years or longer—can vote in local elections. If you want to find out if you are eligible to vote in the next municipal elections, held on March 19th 2014, simply follow this link: http://www.canivote2014.nl.

In 1966, Dutch society was eager for democ­ratis­ation and more participation of citizens. Dis­sident liberals and social­-democrats joined people without a political background to form a new party, Demo­craten ’66. A party that identified the urgency of radical reform and eagerness to change the political system. Today, D66 is a progressive liberal party. Its ideas give testimony to the idea that true liberalism is social, because it strives for the greatest possible future and self-determination for all individuals. Read on…